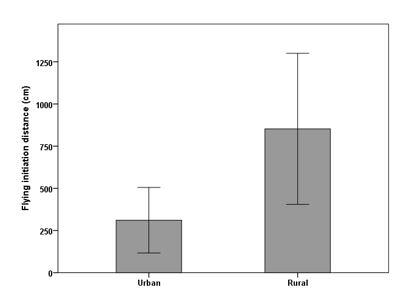 Bar chart showing the flying initiation distances mean and the Standard Deviations (in centimetres) for the urban and rural Chiguanco Trush individuals.
The birds sampled in the urban areas have a higher tolerance to human proximity than the birds sampled in the rural areas (t44 = -10.95; p < 0.001). In addition, the rural individuals have a bigger variation in the flying initiation distances than their urban conspecifics. 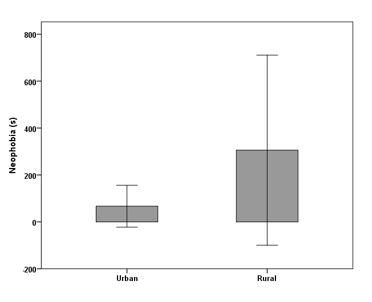 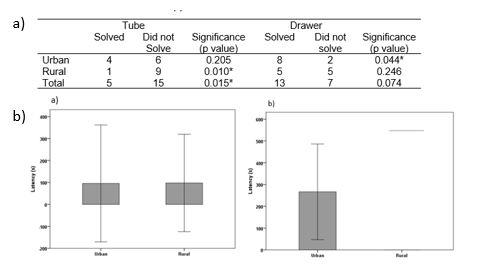